By Any Other Name

I have begun to judge books by their covers (and titles).  There are so many good books to read, I have to use some sort of criteria to sort through them.

Had books I read been published differently, would I have made different decisions? 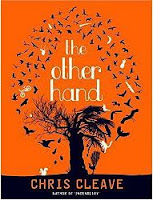 The novel Little Bee originally published under the title The Other Hand in the U.K. before it was published in the U.S. with the new title.  I might not have read it otherwise — the U.K. title holds no interest to me, and the cover is interesting, but not as compelling.

A Reliable Wife was published with a different cover for the novel's paperback release.  After reading the book, I found I like the paperback cover, with the silhouette of a fashionable woman walking away from a train, more than the hardback cover.  However, I liked the hardback cover's snow and single cardinal for its artistic value.

The Girl with the Dragon Tattoo was published in its original language and country under the title The Man Who Hates Women.  I guarantee you, I would not have read that book, no matter what the cover looked like.

What are some other examples you can think of, and how would your decision been different under different conditions?
A Reliable Wife Girl with the Dragon Tattoo Little Bee The Man Who Hates Women The Other Hand