Showing posts from October, 2016
Show all

So, Neil Gaiman encourages you to — well, let me let him tell you himself. Long story short, give friends, family — even total strangers — scary books to read. I think that's a lovely idea. Personally, I include a Halloween poem with candy for my trick-or-treaters, and take the poem to work for wide distribution. Stop by Hedgehog Lover on Halloween to see what poem I chose this year. Can't wait? Check out  the poem from last year  on Hedgehog Lover. Or  the year before . Try  Halloween 2012 . Seriously, I'm a fan, and I know you will be, too. See you October 31!
Post a Comment
Read more

Summer Reading: How Did You Do? Here's How Karen Did! 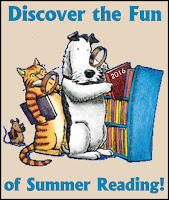 The days are getting cooler, and our intrepid fellow reader, Karen, has updated us on her reading. Karen reported that she, too, has veered from her reading list. (Unlike anyone else I know who adheres so well to the list constructed with best intentions and good wishes.) Back to Karen: her reading was off the list, but also off the charts! Well, I will let her tell it herself. I ended up way off my reading list this time, but I enjoyed the adventure. In fact, I think this is the longest list I have completed.  I really love my Amazon Kindle Fire.  I am having some vision issues-oh my aging eyes! Luckily the lighted screen on my Fire makes it so much easier to read. Books read:  Lord Grenville's Choice  A Love That Never Tires  The Red Tent  32 Going on Spinster  Somewhere in Time  Slim Pickins in Fat Chance, Texas  Salmon Fishing in the Yemen  Tuesday Takes Me There: The Healing Journey of a Veteran and his Service Dog  The Girl With all the Gifts  Cl
Post a Comment
Read more 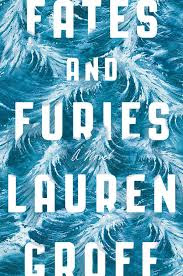 Marriage is unknowable to anyone but the couple — and, in Fates and Furies , Lauren Groff illustrates that even they may not know the complete story. In her third novel, Groff created an interesting, complex view of a marriage between two very different people who appear deeply in love and totally committed to each other. The first half of the book, "Fates," captures the tale of Lancelot "Lotto" Sutterwhite, a walking contradiction who finds his calling in the theater. The second half of the tale, "Furies," is told from Mathilde's wifely perspective. The sections brilliantly capture the characters: "Fates" is careless, while "Furies" is tight and angry. (I picture Tilda Swindon as Mathilde; strange I don't have the same bead on Lotto's Hollywood counterpart.)  I like the retelling of tales, so to have the same life story told from two different perspectives is brilliant, and a very good demonstration about how lit
Post a Comment
Read more
More posts