I hang my head in shame and announce something that should be obvious by now: I did not read Winter's Tale by Mark Helprin, the Polar Book Club book this past winter.

I tried. In fact, I am still trying to read it, a few sideways glances at a time.

It is perhaps the least enjoyable book I have encountered this year.

It was weird, which I normally do not mind (and, truth be told, tend to prefer).

It also put children in adult situations. Okay, let's not be coy: a pre-teen boy was having all the sex he could muster. I cannot tolerate gratuitous sexualization of children in books, and since the story ambled along in a scattershot way, I did not see the value in that portrayal of a child.

Finally, it was not the story I expected to read. I thought I was getting a love story that stretched across time.  Instead, I managed to get quite a ways into the story without a glimmer of such romance (but plenty of sex).

I read a few pages every once in a while, hoping it gets somewhere good. However, I think I am formally and publicly surrendering. It's not the book I want to read, so I won't.

Have you read it? Have you tried? Let me know!
Posted by Chris at 10:52 AM No comments: 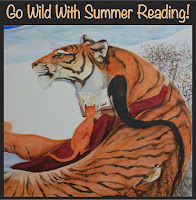 It's the summer reading season, which is when I make  unreasonably long lists of books to read.

It's like the rest of the year, but with a publicly announced ambition. (And warmer. Usually.)


As a child, I loved the summer reading club — and found myself really disappointed to find no adult version. So, I did what most people do: I formed my own club and invited my friends, family and interested future reading buddies. (Let's be honest: if you see someone with a book, especially a book you yourself have read, are they really strangers?)

Now, the summer has unofficially begun with Memorial Day, a solemn occasion to remember why we have the freedom and opportunity to exercise our rights and privileges as Americans. Please, take a moment to remember the true reason for the day.

Review your bookshelves or nightstand to decide what to put on your summer reading list. Here is mind, in no particular order:

I have no doubt this list will change, probably as soon as I publish it. However, I am going to let it fly.

Join the Summer Reading Club and put yourself in the running for a new book. Read as much as you wish from May 22 through September 27, and if you read the most book, you will win a book of your own.

To join the club, just send me an e-mail or leave a message below. Then, at the end of the summer reading period, send me a message or include your reading list in a blog message. If you read the most, congratulations! If not, you still are a winner because you spent your summer reading.

I've already had a few e-mails from eager readers, and I can't wait to read your list!

I make sure summer reading is beneficial to my community. As I have done in years past, I will  donate $5 per book I read to Main Street Child Development Center, and I will buy three new books for the Fairfax County Public Library from its Amazon Wish List.

Hopefully, reading club members also will find a way to help their communities through their reading, or to help share the love of reading with their communities. It's not a requirement, of course, but it certainly is a worthy effort. It doesn't have to be financial support, either — think of what the community wants and needs. Every reader can determine what is within her or his power to bestow.

Even if you don't join the reading club, I still would love to know: what's on your summer reading list? Tell me!

I had no intention of reading Tell the Wolves I'm Home because the description on the jacket was so unappetizing. I am grateful my book club chose this novel — it's one of my favorite reads of the year so far.

The book jacket makes the story sound like an AIDS story, which is totally inaccurate. Rather, it's a story of grief and loss; of growing up, growing apart, and growing together; of self-discovery and of the discovery of the world from a different perspective; of family; of tolerance. Carol Rifka Brunt captures this through the voice and experiences of an unlikely character: 14-year-old June, a girl at the stage in life where her self-awareness often shrinks to a microcosm of her own life.

AIDS may be a factor in this book, but it is by no means a central character. In fact, the family and community treat the disease — and the people with it — with more compassion and honesty than I would have expected. What a welcome respite from the real world, in which HIV-AIDS was (and to a certain extent, remains) a media circus threat and mystery.

June grieves for her Uncle Finn, her godfather and closest friend who, in his last year of life, is painting a portrait of her and her 16-year-old sister Greta. June thinks she knows her uncle because her uncle knows her. June doesn't know much beyond her direct experiences with Finn, so she's shocked to find out that he has a "special friend," and even more shocked that this mystery person is accused by her family of infecting Finn with AIDS.

Tell the Wolves I'm Home is about growing up and growing out of the role of a protected child, finding one's own path on the cusp of adulthood and learning what boundaries are worth pushing and what rules should remain unbroken. It's about finding out that people are more than just who they appear to be. It is rooted in a time and place: New York, 1987. It is told by a reliable narrator in a compelling story with rich description and great honesty. It's perhaps one of the best coming of age stories I've read in a long time. And it's a touching love story between people who are trying to figure out how to live with grief and loss.

Read this book and be just as surprised as June that life isn't exactly how it looks from your passenger seat on the train.
Posted by Chris at 12:00 AM 1 comment: 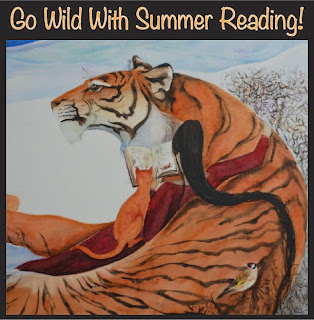 Are you ready for some reading?

Get your books in a row in time for the 2015 Summer Reading Club.

There are lots of reasons to enjoy a summer read. You can use it to catch up on the good stuff you think is too Fluff 'n Trash™ for the rest of the year. Maybe it's time to focus on one genre, the one you never admit to in mixed company. Maybe you just want to walk into the library once a week and pick up the first book that looks good.

For whatever reason, indulge. Read all summer, and enjoy yourself.

And maybe win a book.

That's right: if you are the book club member who reads the most books, you will win a new book.

The reading period is from Memorial Day through the end of summer. This year, let's choose Friday, May 22 through Sunday, September 27.

Send me your list any time you're ready. I'll publish mine by the end of May.

Join the club: read all summer!
Posted by Chris at 12:00 AM No comments: