Getting Back to Filling in the Gaps in 2015

The time has come, the Walrus said, to talk of many things...

Which for me usually means books. 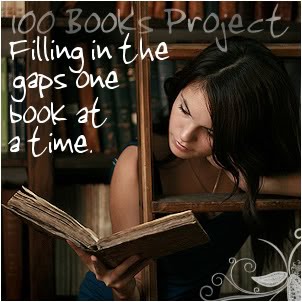 It's been years since I mentioned my "Filling in the Gaps" list, and for good reasons. One, I have knocked a few more off my list (including, but not limited to, Ender's Game and Tobacco Road).

Second, the list evolved into an interactive project with Carole regarding Weighty Reads. We chose 20 books to read in the ensuing years, with a few related books included along the way.

For those of you playing along at home, "Filling in the Gaps" is a list of 100 books the reader strives to finish in five years. I first posted my list in 2010. I have not finished all 100 books.

My list has changed little since 2010, usually because I realized I already read it. A few others fell off the list because I didn't want to read them after all, while others have regained their seat at the table. For example, does Zen and the Art of Motorcycle Maintenance really deserve to be on the list after all? How about Love in the Time of Cholera? Three Men in a Boat?

So, without further ado, I give you


I tried very hard to choose only one book per author, or maybe two. Charles Dickens was an exception with three, but that may change in the future. Narrowing Jane Austen to two was a challenge as well.

There is a dearth of non-fiction, and I may have to include A Brief History of Time. Stay tuned.


I tried to make my list as inclusive as possible. If you have suggestions, please share your ideas with me.

Do you have a Fill in the Gaps list? What's on it? If you haven't compiled such list yet, what would you put on it? Let me know!

Email ThisBlogThis!Share to TwitterShare to FacebookShare to Pinterest
Labels: 2015, Fill in the Gaps

The year began with a bang but ended with a bit of a whimper, I am sorry to say. My total book consumption was a little shy of six dozen books, but I read only one novel in December: All the Light We Cannot See.

I started the year out favorably with one of my favorites of the year: The House of Silk, a Sherlock Holmes novel authorized by the estate of Sir Arthur Conan Doyle. It is worthy: while still writing in the style of the original, Anthony Horowitz brings The House of Silk — and Holmes' usual suspect — gingerly, but strongly, into the modern-day mindset (review).

Horowitz's follow-up, Moriarty, hit the shelves right before Christmas, and it's on my list of January reads.

A favorite read from 2011, Miss Peregrine's Home for Peculiar Children (review) was followed up in 2014 by Hollow City. It also was wonderful, but it wasn't the end — which will please author Ransom Riggs' fans.

It was not the only series on my reading list in 2014. I consumed the entire All Souls trilogy by Deborah Harkness, including re-reading Discovery of Witches (also from 2011). The series was far-reaching in time and geography,. It was very intriguing, and very worthy.

Another favorite read was One Summer: America, 1927. Who knew so much happened during a few months in a single year? Well, I suppose Bill Bryson, one of my favorite authors, who did not disappoint with this book (review). It's incredible, and a worthy read.

Another fascinating historical read was was American Decameron, a series of stories written by another favorite author, Mark Dunn (review). Based on the structure of  Giovanni Boccaccio's The Decameron, a classic short story collection (which I also read in 2014), Dunn wrote one story for every year of the 20th century, set in every state and a couple of geographical locations outside of the United States. Many of the stories have stayed with me, especially 1948.

If you think human culture and society is strict and complicated, try living life as a bee. Laline Paul showed readers that in another fabulous novel, The Bees. Told from the perspective of Flora 717, a bee in the hive, Paull shows us what life in the hive is like — and helps us understand their lives and plight. I cannot see the world the same way after seeing it through the eyes of Flora 717.

The Book of Unknown Americans took my breath away. The character-driven novel features people who live in a particular apartment building in Delaware. Latino residents had come to the United States for their own reasons, bringing their families for a better life, for safety, for opportunities. How many left prosperous lives, how many were far from everything they knew, how many sacrificed everything to be in a country not their own — at least, not yet. How do people adapt, how do they cope, how do they relate? Cristina Henriquez's characters take us places we never could have imagined.

My least favorite book of the year was Unbroken — not because Louie Zamperini's story is not compelling or interesting, but because Laura Hillenbrand's storytelling did not feel compelling or urgent. I felt the same way about Seabiscuit, another of the author's books.

What were your favorite books of 2014? Which did you like least? Did any disappoint you? Let me know!

Email ThisBlogThis!Share to TwitterShare to FacebookShare to Pinterest
Labels: 2014, books

Poetry Wednesday: What lips my lips have....

What lips my lips have kissed, and where, and why (Sonnet XLIII)