Showing posts from December, 2011
Show all

This has not been the most stellar year for reading. Much has happened in this booklover's life: two moves, two deaths, packing and unpacking — and the revelation of a grand library in a new home. I pretty much stopped paying attention to what I was reading, and I apologize to myself and to you, my Faithful Reader. I hope to do better by you this year. Despite my best efforts, I did encounter a few really good books this year.  Here are some, in no particular order: The Gift of Fear — Just because we can't articulate that which makes us fearful doesn't mean we should ignore those signs. Intuition is more important than all of the "common sense" in the world (though the latter should not be ignored, either). Just ask Gavin de Becker. Dracula — This classic stands the test of time. Everyone takes away something interesting from this timeless tale.  Mine was the understanding that much of modern vampire lore began with Bram Stoker's novel. 2030: The Rea
Post a Comment
Read more 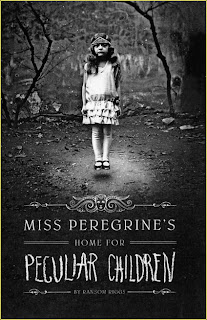 The cover captured my attention. The title, Miss Peregrine’s Home for Peculiar Children , intrigued me. Above the title was girl in a dress reminiscent of the 1920s, wearing a tiara, possibly hovering above the dirt and stones under her feet.  Hovering? Pecuilar, indeed. On the back of the novel were more intriguing photos of children: painted like clowns, in a bunny suit, a girl with a reflection of two girls.  Ransom Riggs had some explaining to do. So, apparently, did Abe, Jacob’s grandfather. Jacob adored his grandfather and believed the stories behind the photos Abe showed him: a skinny boy lifting a boulder above his head, a girl holding a ball of fire, a suit of clothes standing upright without a child in it.  Abe told his grandson all about these children, who were in an orphanage with him when he was a child. Jacob believed him — until he grew old enough to wonder, and doubt. That all changed when Jacob received a panicked call from his grandfather
Post a Comment
Read more

NaNoWriMo: How About You? 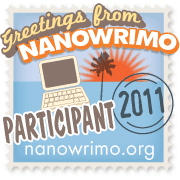 November was a crazy month that included a lingering sinus infection, a major multi-day holiday, a friend's wedding, weird weather and my attempt at writing a novel. Guess which one I liked the most? (No, you wise acres, not the sinus infection!) National Novel Writing Month was an experience that reinforced what most productive writers understand: don't wait for "inspiration" — create it.  Every day, as I sit at the computer for work, I dredge up material for the assorted projects. Not everything that comes out of my brain and fingers is award-winning.  Some days are better than others. Some days I'm on fire and others I just show up and type materials that are "good enough." Some days the words are stellar and others it's just enough to get the job done. The difference between a good day and a bad day: on a bad day, I don't even show up.  And that, my friends, is the definition of failure. I'm not saying every bit of
Post a Comment
Read more 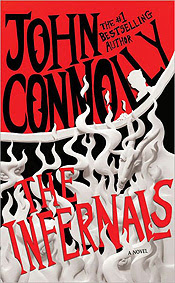 Spoiler alert: this is a review to a sequel to the novel The Gates .  By its very nature, it will reveal much of what happens in the first novel.   If you don't want to know what happens in the first novel, stop reading now. If you continue, don't get mad at me: it's your own fault. I warned you. Read on, McDuff. Samuel Johnson and Boswell are back — and so is Hell — in The Infernals , John Connolly's follow-up to The Gates . When we last left Biddlecombe, Nurd had foiled the Great Malevolence's takeover of Earth, sucking Mrs. Abernathy back into Hell.  The super collider was shut off, Samuel and Boswell survived, Samuel's father's beloved Astin Martin didn't and all was right (enough) with the world. Alas, if only it could continue like that — only adolescence and scientists really mess things up. When we meet the crew again, Samuel is a teen with a crush on the prettiest girl in town. The only thing more unsettling than his teen
Post a Comment
Read more
More posts