Review: Prisoner of the Devil

By Chris - September 29, 2015
What if Sherlock Holmes was a part of something real, something historic? That's the question Michael Hardwick and Simon Haugh ask — and answer — about the great detective in Prisoner of the Devil, which is being re-released after three decades. 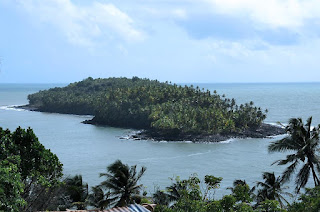 The prisoner of the tale is Alfred Dreyfus — of the historic Dreyfus Affair, perched on the cusp of the first World War — and the devil is the hellish island to which he was sent on the flimsiest of evidence. It's a worthy read for fans of Sherlock Holmes, and an interesting retelling of real-world history.

Prisoner of the Devil is a tale of French anti-Semitism involving Captain Alfred Dreyfus, a French military officer convicted of treason in 1895 by a secret tribunal. In the book, narrated by Dr. John Watson, Dreyfus' brother approaches Sherlock Holmes and implores the world's greatest detective to uncover the truth that will exonerate his brother.

The book was as much a world history lesson as a mystery, and a good one. Bringing both Holmes brothers, Watson and a few other familiar characters into the mix helped broaden the scope of the investigation and provide an important global perspective of the world on the brink of war. Thankfully, readers unfamiliar with the case are given all of the information needed to follow the case as laid out in the book. 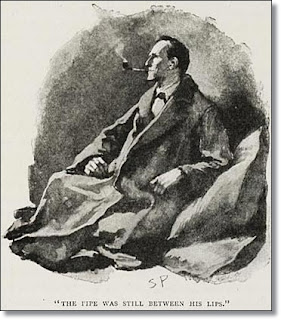 After the disappointing Moriarty released earlier this year, I was hungry for a better bite of Holmes, and Prisoner of the Devil did not disappoint. Hardwick does not toy with his readers, trick them into believing a lie or twisting the tale in a way that requires copious notes and a list of characters. Although a re-release, the book feels fresh and new. Readers will want to hang on every word recorded by the faithful Watson and appreciate the rich, almost regal language of turn-of-the-twentieth-century England, a country that hung on to its customs and manners in the shadow of one of the longest-reigning monarchs in British history.

Read this book to give Holmes and Watson a chance to shine in a global forum, to risk life and limb for a man not of their nation, but of importance to France and the world as it stood in that time and place. Take away a little history and a bit more appreciation for fine characters in literature.

Mark your calendar for November 24, the book release date, and give yourself an early holiday treat.

(Full disclosure: my review was based on the pre-publication book sent to me by the publisher.)
Alfred Dreyfus Dr. John Watson Dr. Watson Prisoner of the Devil Sherlock Holmes The Dreyfus Affair