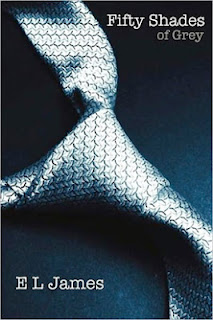 It's a top-selling series and the butt of many a joke, called — well, no matter what it is called, it's a phenom. But is the Fifty Shades trilogy good?

And the answer, for me, is yep: it was a fun, rollicking, blue, entertaining ride through a few months in the lives of the fictional (and insatiable) Anastasia Steele and Christian Grey of Portland, Oregon.

While there's plenty of sex going on in excruciating detail — enough, I suppose, to classify this as erotica — author E. L. James tries to make it so much more than that. I can't say she does it with great style and aplomb, but she does know how to weave an exciting, compelling tale.

James is known in the fanfic world for her Twilight adaptations written under the name "Snowqueen Icedragon" — which, in the spirit of full disclosure, I admit I have not read.

I also admit I am not a fan of fanfic, as I've managed to find only the cloying, cheap knock-off near-parody stories that usually teem with the exploration of the unrequited sexual tension between the characters fans want to see getting busy with each other. I'm sure there's good fanfic out there, but I haven't yet found it (and, honestly, I'm not in the market). 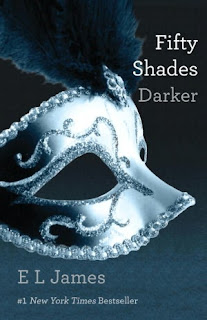 The story is told in first-person by Steele who, as a true heroine, has no idea how attractive she is and how many men want her. Grey is a young megalomaniac multi-billionaire with a painful past. Steele reluctantly interviews Grey for the university magazine run by her flu-ridden roommate. She's all thumbs, Steele, ill at ease and bad at interviewing (she's an English major, not a communications major). In spite of her bumbling and Wal-Mart clothes, Grey warms to her and suggests she participate in some of his recreational activities.

Which she considers. Oh, and she has little experience with men, despite being a ravishing beauty with chestnut hair, blue eyes surrounded by long lashes through which she gazes seductively and longingly, and a plump lower lip she bites often.

And of course she considers it: he's Adonis. A richer-than-God Adonis. A man who works sixty hours a week and has a kinky personal life still has time to become a chiseled god with tousled, grab-able copper hair and smoky gray eyes. His clothes are perfectly tailored, his toys are expensive and people (figuratively) scrape and bow in his presence. He is a control freak and beyond possessive.

Readers may decide they really hate Grey and think Steele an idiot. Those characters give us plenty of opportunities to see them at their worst and at their most unlikeable. Much happens in the short time they like each other, and much of it suggests they're both immature, hot-headed, manipulated and manipulative — and solve everything with sex. The most likeable characters are on the periphery: Taylor and Mrs. Jones, for example.

The story was a little slow until the action started — and then it went full-tilt. The sex is a woman's fantasy, through and through, with a compliant man, a willing woman and plenty of time, energy and resources to do what they want to do when they want to do it. Being as rich as God has its advantages: people let him get away with more than they should. However, James created enough tension between the characters to keep it interesting between the, er, action sequences.

Any similarities between Anastasia and Bella Swan are coincidental. The same goes for Christian and Edward Cullen. 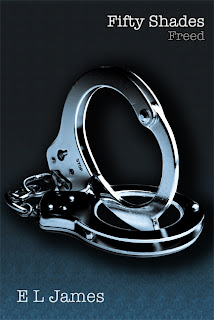 For the record, I found the action sequences explicit, but not all that titillating. After a while, I skimmed over the sex scenes to get back to the story. I mean, sure, he's in his late 20s, but how many times a day can any multi-billionaire sate his lady-love? And how many times a day should said lady-love wish to be sated by a near-predator? Plus, it's tainted by his back-story, which I found as intolerable as Steele did. (Hint: if you hated The Reader, you will have a hard time with this.)

Speaking of Steele: her subconscious and inner goddess were way more involved than necessary, with arched eyebrows, back flips and The Complete Works of Dickens.

There were a few things I would have edited out, or rewritten to save the reader the pain of having to re-read continuously, including (but not limited to) bitten lips, gazing through eyelashes, whispered declarations of possession and love, his obvious state of arousal, almost off-hand demonstrations of wealth, and use of the phrase "Fifty Shades" (or any iteration thereof, including "Fifty," "My Fifty," and "Oh, Fifty."). I cursed James' editor until I discovered it originally was self-published, then I relaxed. Fifty Shades is glossy, mass-produced and popular fanfic. Let go and go along for the ride.