I love Dan Brown. From Angels & Demons to The DaVinci Code, he was on-point. I'll never forget the early excitement and thrill of the chase with the brilliant Harvard swimmer — er, professor.

But my love for Robert Langdon and his adventures thins out in subsequent novels, and Origin doesn't revive it.

In fact, I stopped reading Brown's latest novel about a quarter of the way through.I feel like I kept reading a lot longer than I wanted, but I was trying to get to the "good part" before I surrendered.

Origin made me start counting how many ways smiles could be used as adjectives. The villain nearly twirled his big black mustache every time he appeared on the page. The villain was so much like Silas, deep in his misguided faith in his boss and his deity, I kept expecting references to albinism. 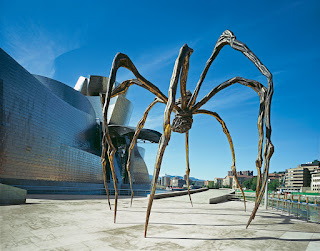 I appreciated Brown's patient, thorough, and loving description of the Guggenheim Bilbao; someday, I may return to the book just to see to what other geographic locations he spreads the love.

If the Robert Langdon series remain as formulaic and tedious as Origin, perhaps Brown can branch out and consider taking up travel writing, or write art catalogs; everyone wants to visit a place or view art someone else loves, and Brown obviously loves his locations, and the museums and art in them.

What I don't appreciate is Brown's repetitive story elements. Robert Langdon's claustrophobia. His athletic swimming abilities, and how that keeps him trim and youthful-looking. His ability to attract perfect specimens of femininity, and for them to have an instant, perfect, and lasting attraction. That aspect of his character is very "daytime drama," falling deeply in love with every beautiful, toned, and brilliant heroine with whom he shares an adventure, then having to explain away the deep, true love in the next novel because he's destined to fall in love as deeply and truly with yet another perfect woman. I've grown tired of the perfect physicality and intellectualism of Langdon and his partners, and the perfect villainy of Langdon's foes.

Somehow, other series I read don't inflect this tedium. Stephanie Plum, Flavia de Luce, Encyclopedia Brown, and Jackaby all seem to be fresh and new (though, to be fair, I'm not sure I can take Stephanie's love triangle much longer). I understand some familiar story elements needs to be re-introduced, or at least referred to, in each book to clue in new readers. However, it isn't supposed to seem to readers as if the author globally replaces words in an old manuscript to create a new book. 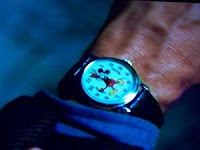 Have you read Origin? What did you think? Am I wrong? Comment below or email me!