Review: The Round House 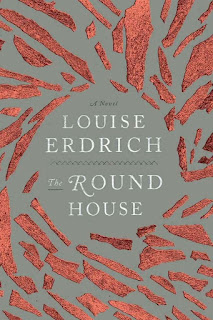 Secrets are central to The Round House, the latest  novel by Louise Erdrich. Haunting, revealing, educational and profound, Erdrich creates a world on the "rez" where the consequences for actions last generations.

It's not a book I normally would have chosen to read; Native American Indian fiction can be both an amazing experience and a depressing morality tale. However, this story transcended any categorization I or any other readers may want to pin on it.

Secrets play an important role in this book. Secrets are not all clandestine, residing unspoken in the open in a close-knit community. Other are as obscured as the people who keep them. All are revealed to a reliable, likable teenage boy who must decide what to do with the information he receives.

Joe, also known by a rather comical and bizarrely loving nickname, is an incredible narrator. At once 13 years old and a wizened adult, he tells a story that's in present time as much as flashback and flash-forward.

His family suffers a terrible atrocity (which, in the real world, is sadly common for Native American Indians). As his mother recovers, Joe has to learn about the adult world, which is just as confusing — if not more so — than the world of adolescents in which he had been living.

Joe is at once a participant and a witness, showing life on his reservation as he interacts with family, friends, strangers and enemies alike. He discovers the secrets of his people through the mutterings of Mooshum, the mysteries of recovery through a confrontation with Father Travis, the complexities of families that are both the same and wildly different from his own from Linda, the mysterious world of sex from Grandma Ignatius. So much of what he discovers is a secret, private, behind closed doors.

His narration is trustworthy and flawless. He watches with a keen eye and reports with an unflinching bravery his own foibles and those of the world around him. He introduces us to the inner workings of a man-child, sharing his own secrets and how they relate to the people around him.

Erdrich's characters are amazingly rich and full. If I had to choose a best friend, it would be Cappy. I would want an ally like Sonja, a fair but conflicted father like the judge, a teacher like Mooshum. Even characters that are not central to the story are constructed with a keen eye toward authenticity and an ability to avoid the cliché. Joe's story is multi-faceted and ever-shifting, told in relation to others and as an individual.

The reservation itself is a character. I perceived it as flat, hot and dusty, a place that is at once safe as well as the site of deception, violence, weakness and oppression. Often I wonder why people live where they do; Joe never leaves doubt about why he is where he is, the reservation that provides and contains.

Read this book. Stick with it, no matter how treacherous the path. You'll be wizened, relieved and yet sad as you turn the final page, it's that good.